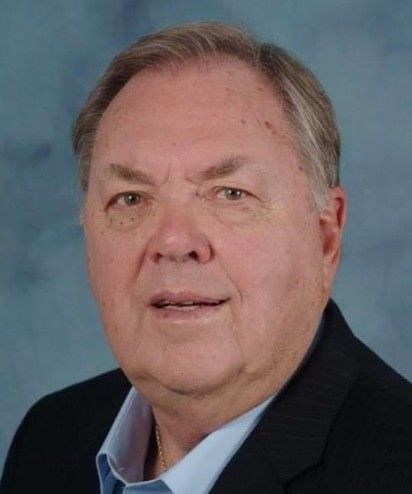 Joseph Pohlmeier, beloved husband, father, brother, grandfather and friend passed away June 29, 2020 at the age of 81.

Known by most as Joe, he was born March 6,1939 in Tulia, Texas to his late parents Alfred and Lidwina Albracht Pohlmeier.  Years on the family farm in Nazareth, Texas were shared with his siblings Emiley, Martella, Della, and his younger brother Larry. Joe’s life on the farm included milking cows, feeding the chickens, gathering eggs and helping his father plow the fields. He graduated from Nazareth High School in 1957 amongst a class of just 13 seniors, lettering in basketball.  Joe  attended Loyola University and Moorpark College in California where he earned a certificate in Business Administration.

Joe had an extensive career with the Pacific Telephone Company after moving to California, beginning in 1957 as a telephone installer.  This facet of his career was brief, as Joe was called to active service in the National Guard.  Service to his country was short lived, and six months later Joe returned to work at Pacific Bell. He became a frameman,  a central office technician, and then a senior central technician.  In 1967 he became engineer for the Ventura County switching stations. Continued hard work  resulted in  upper management positions for the remainder of his career. After retiring from Pacific Bell  in 1994,  he worked briefly at MCI, first as a consultant and then as a senior manager before permanently retiring.

Joe met his first wife, Laurel (Laurie) Ratkovic through the Catholic Youth Organization.  They were married March 3, 1962 and moved to Simi Valley.  They made a life for themselves and their two daughters, Lisa and Jill, and lived a loving life together for nearly 50 years.

Traveling was a favorite pastime of Joe’s, and until Laurie’s death in 2012. Whether it be by plane, ship, or the open road, Joe and Laurie visited 47 states, traveled to 21 countries and 17 islands in their time together. Entertaining at home was also a favorite, with Joe and Laurie’s New Year’s Eve parties being a holiday highlight for friends.  Joe was also  a passionate wine enthusiast, enjoying wine tasting, as well as fishing, golf, dancing, RV camping with his family and friends and doting on his three grandchildren.

Joe found love a second time and married Sylvia Gharabian September 26, 2014.  Brunching, attending movies and the opera, wine tasting, and trips throughout California which included Lake Tahoe, Monterey and beach excursions were how time was spent together.  While at home, watching a good tv series,  entertaining family and friends and hosting  grandchildren were his passions.

Joe will be remembered for his kind heart, love for his family, true interest in all those he crossed paths with, persistence in all matters (large or small) and a keen attention to detail.

Joe’s ashes will be scattered along the Ventura coast, as that is where he spent much time with his family and friends camping through the years. Memorial service date is forthcoming, as his family would like all those interested in attending to have that opportunity.

Share Your Memory of
Joseph
Upload Your Memory View All Memories
Be the first to upload a memory!
Share A Memory