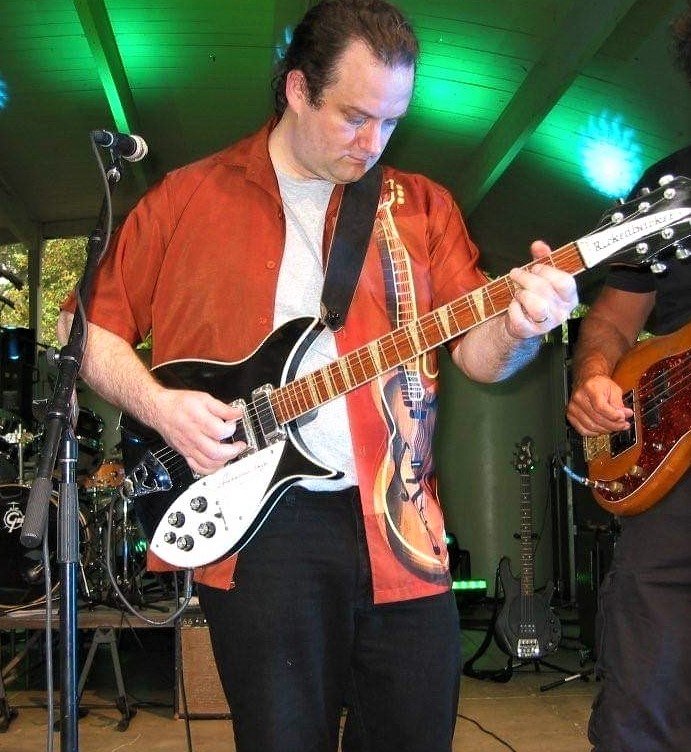 It is with great sadness that the family of Dennis Michael Taylor, of Simi Valley, California, announces his unexpected passing on Monday, August 17, 2020 in Hollywood, California, at the age of 54 years.

Dennis will be lovingly remembered by his wife of 16 years, Jeana (Olivia) and his two daughters, Olivia and Kathleen, by his parents Ruel and Joan (Gould) Taylor, of Henniker, New Hampshire, by his sister Shannon (Jennifer) Taylor, and nephew Ollie, of Woodland, California. Dennis will also be forever remembered by his in-laws, cousins, several nieces, nephews, extended family, and dear friends. He was preceded in death by his grandparents, Earl and Elinor Gould, Uncle Ed, Cousin Jeff, and close friends.

Dennis was born in Frankfurt, Germany on June 3, 1966 while his father was serving in the military, and was raised in Henniker, New Hampshire, where he was given his first guitar at a very young age. Dennis began playing at home with the family band at age 5 and performing on stage with his father’s band by 10 years of age. He formed his first band at 13 and spent his teenage years singing and playing lead guitar with several different bands and artists. Dennis attended college at Poly Tech Institute in New Hampshire, studying computer science and in 1995, relocated to Southern California to pursue a career in music.

Dennis worked as an IT Operations Manager/Supervisor in the motion picture industry for 25 years, but his true passion was playing his guitar. He was incredibly talented in many areas outside of his working life. Besides being a gifted guitarist and musical genius, who worked with and for many popular solo artists and bands, Dennis was an avid classic car enthusiast, collector of Beatles memorabilia, and model car builder, creating obsolete model parts with his 3D printer. He also enjoyed spending time playing video games with Olivia and Kathleen, and working on projects together.

The family has entrusted Rose Family Funeral Home with the arrangements.

Memorial donations may be made to “Dennis Taylor Family Charity” through the gofundme.com website

The family wishes to express gratitude to the family, friends, and relatives who have supported them through their grief. Thank you, everyone, for your expressions of sympathy and condolences.

Share Your Memory of
Dennis
Upload Your Memory View All Memories
Be the first to upload a memory!
Share A Memory