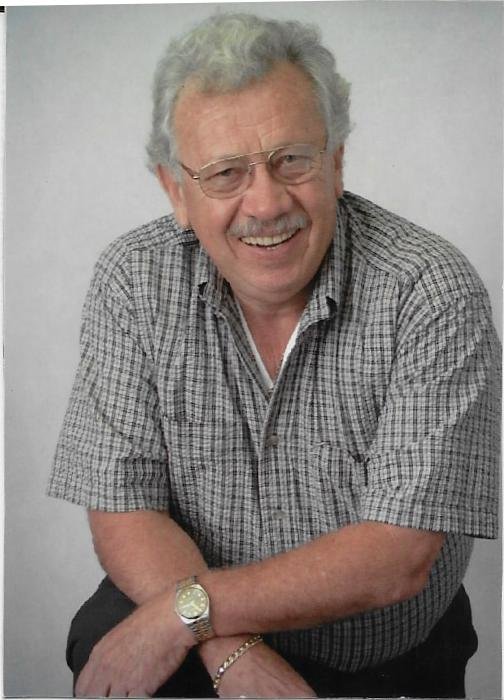 Obtained State Licensing as Land Surveyor in 1971 and Civil Engineer in 1981.  Held Licensing in California, Arizona and in Nevada at one time.  Worked offshore on the Alaskan Pipeline and was self-employed for many years.

Hobbies:  Hunting; camping; fishing; motorcycle riding; riverbed street racing; square dancing and leather tooling.  His favorite of all was working and wanted to work until he was 90.

Final Wish List:  Go on trip to Northern California and take Gabby to see the Redwoods; Complete landscaping in backyard.

Share Your Memory of
Gerald
Upload Your Memory View All Memories
Be the first to upload a memory!
Share A Memory