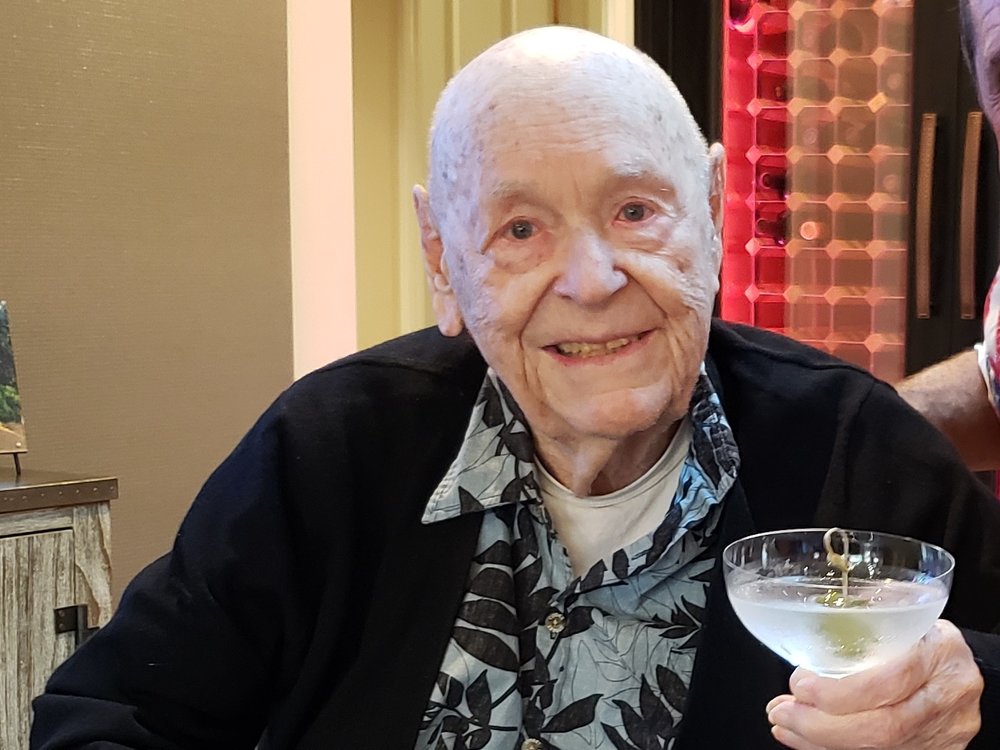 Dean was born at Good Samaritan Hospital in Los Angeles to Dean Edgerton Sr. and Lucille Selk Edgerton on September 20, 1924.  He went to high school his first year at Black-Foxe Military Institute and then graduated from Hollywood High School. He matriculated at UCLA in the fall of 1942. In January 1943 he was drafted and joined the Air Force where he served until WW II ended as a co-pilot on a B-24 bomber. In the Fall of 1945 he returned to UCLA, but since they did not have a four-year engineering school he transferred to Stanford in the Fall of 1947. Dean earned a bachelor’s in electrical engineering from Stanford in 1949, a master’s in electrical engineering from U.S.C. in 1954 and an M.B.A. in Industrial Management from U.S.C in 1965. Dean spent most of his career working for Hughes Aircraft Company with his final position as Manager, Technical Quality Control. During his career Dean was involved in several societies including the Institute of Electrical and electronics Engineers, The American Society for Quality Control and Toastmasters International.

Dean loved life! He traveled extensively and enjoyed the many places he visited. He enjoyed dancing, playing bridge, tennis, and cooking. He enjoyed people and was a magnificent entertainer. His friends and family enjoyed many fun times at his home celebrating all occasions. Family meant everything to Dean and his family knew it. He was always there to support them for every occasion. He was an outstanding son, husband, father, grandfather, great-grandfather, and friend to all.

He is survived by his son and daughter-in-law, Bob and Marilyn Riffle, his daughter and son-in-law, Alyson and John Zahn, Grand-children Jackie Riffle, Jeremy & Haley Riffle, Kelli Emery and her fiancé Alex Nordin, and Eddie and Kalie Emery, Great Grand-children Thomas Riffle, Jack Riffle and Baby Emery due in March 2021. He is preceded in death by his wife Jacquelyn Edgerton and Grandson Jason Riffle.

Share Your Memory of
Dean
Upload Your Memory View All Memories
Be the first to upload a memory!
Share A Memory