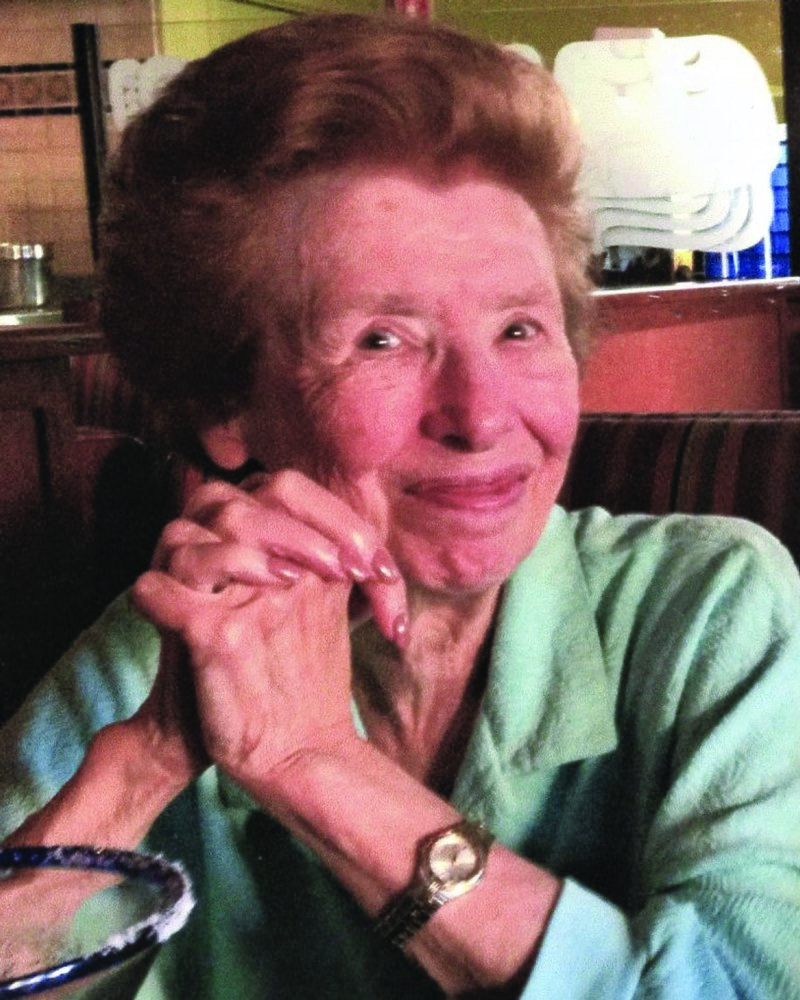 Patricia Kay DeClercq, (Patsy) was born October 31st,1933 (and yes, orange was one of her favorite colors!), in Chicago, Illinois, the second daughter of Frances and John Folsom. She died on July 6, 2021, in Thousand Oaks, California. Patricia grew up on the west side of Chicago with her older sister, Shirley and her younger sisters, Nancy and Pamela. In 1951, Patricia married Ted Gregory, and they were soon blessed with two children, Robert and Susan.

In 1958, the young family moved to California.  Their first housing was in an apartment complex on Clemson Street in Baldwin Hills, where they met an eclectic group of people many of whom were immigrants from all over the world: Estonia, Canada, Eastern Europe, as well as migrants to California from the colder parts of the US. Separated from her immediate family, Patsy established friendships that endured a lifetime, a pattern that would be repeated throughout her life.

In 1968, she married Hervé DeClercq, whom she met while having lunch at the Rodeo Bowl coffee shop next to the beauty salon she owned and operated. Her blended family expanded with the addition of Michael, Jeffrey, and Jimmy DeClercq.  Shortly thereafter, the second family moved to Simi Valley, buying a house in the Texas Subdivision of the Maar Ranch where they lived until the boys were out of school.  Hervé operated an appliance repair business while Pat did bookkeeping for a ranch in Moorpark.

Starting in 1988,  Hervé and Pat operated an award-winning family business: Moorpark Self Storage. Pat and Hervé were well-known in the community for their congeniality and their sponsorship of many youth sports teams. The business was cited for small business excellence by the US Congress, the California State Assembly and Senate as well as by the Moorpark Chamber of Commerce. In 2011, Hervé passed suddenly after 42 years of marriage. Pat continued operating the business alongside her son, Jeffrey, until her retirement in 2015.

She is survived by her five children: Robert Gregory and his wife, Susan, Susan Connally and her husband, Frank, Michael DeClercq, Jeffrey DeClercq and his wife, Vicki, and Jimmy DeClercq;  grandchildren: Ribbon, and her husband, John, Steven, Jill, Bret, Brianna, Justin and Taylor;  great granddaughter, Tiffany; and  her sisters, Shirley Mignano, and brother-in-law, Victor, Nancy Winscom, and Pamela Folsom and brother-in-law, Rick George, as well as numerous nieces and nephews. Her first grandchild, Tiffany, preceded her in death.

With her sparkling personality and a twinkle in her eye, Patsy always communicated the joys of family, friendship and community. She will be missed beyond measure. To Patsy, we all say, “We love you more.”

Share Your Memory of
Patricia
Upload Your Memory View All Memories
Be the first to upload a memory!
Share A Memory