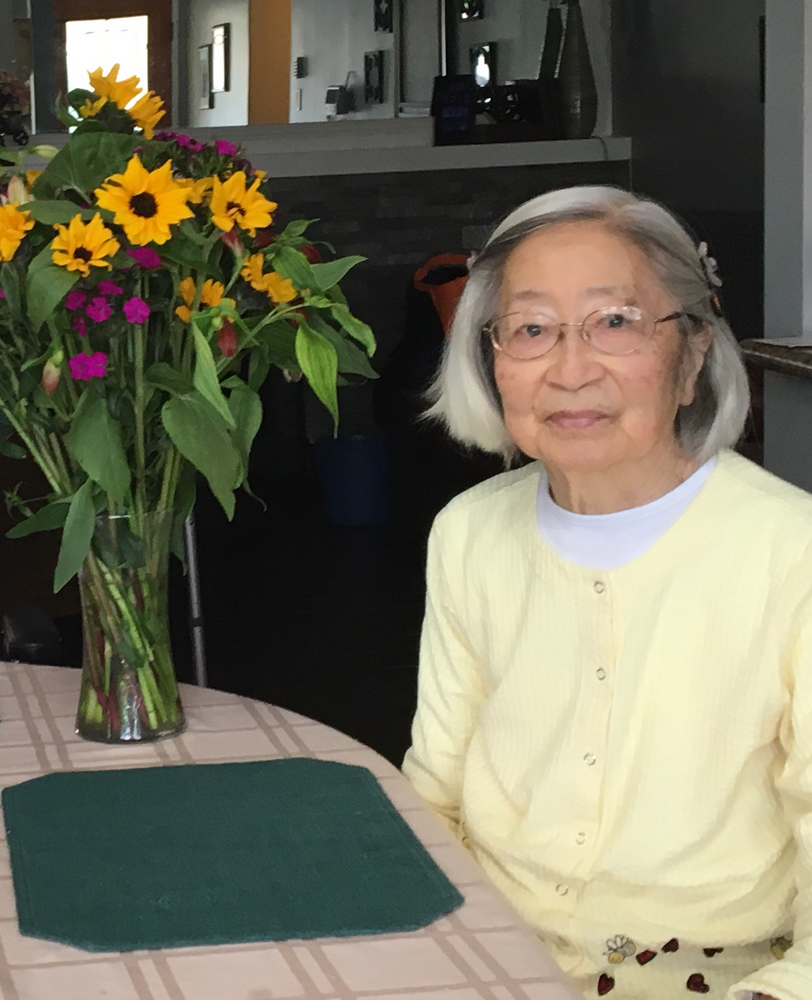 Please share a memory of Aileen to include in a keepsake book for family and friends.
View Tribute Book

Aileen was born in San Francisco the fourth child of Sadaroku and Tsuruyo Seo who had emigrated from Japan.

Aileen married Kenji Yoshino in Chicago where she worked for Harcourt Brace & Company, one of her favorite jobs.  They had two children, Jun and Yuki, before moving back to her beloved California in 1957.

Aileen worked almost 20 years for Manufacturers Bank in Los Angeles starting as a platform secretary and rising to vice president at the time of her retirement.

During her retirement, Aileen loved to travel and watch her grandchildren grow up. She was there for every special occasion and vacationed with them often up and down the East coast.  She loved to walk, read, and work on her crossword puzzles.

Her parents, her sister Mary Louise and her two brothers, John and Francis, and her husband, Kenji, precede Aileen in death.  Her son, Jun, and daughter, Yuki, her nephews, Wayne, Michael, and Scott, her nieces, Roxanne and DeLynne, and her two grandchildren, Keiko and Kenji, survive Aileen.

Funeral services at Inglewood Park Cemetery are private.  In lieu of flowers, a donation can be made to the Japanese American National Museum in Los Angeles.

Share Your Memory of
Aileen
Upload Your Memory View All Memories
Be the first to upload a memory!
Share A Memory