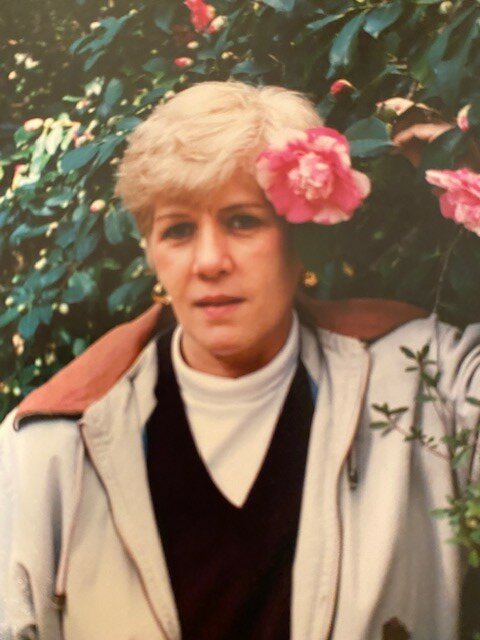 After a long and full life, Dianne Louise (Wallace) Rudin passed away on November 2, 2021 in Simi Valley, California at the age of 82.

Dianne was born on September 9, 1939 in Homewood, Illinois to Helen Rehberg and Lawrence Wallace. Dianne grew up in the St. Paul Community Church in Homewood and graduated from Bloom Township High School in Chicago Heights, Illinois.

On April 28, 1962 Dianne Wallace and John Rudin were married. Soon thereafter along came their sons Terry and Chris (aka “Pits”). While raising her family, Dianne worked as an Executive Assistant at Martin Oil in Alsip, Illinois, a suburb west of Chicago.  In November of 1970 Dianne and John packed up the kids in their 1969 Ford LTD and headed to sunny California, settling in Canoga Park, a suburb northwest of Los Angeles. Over the next 20+ years Dianne continued in her profession with Valley Management & Associates, an owner/operator of McDonald restaurants in the San Fernando Valley.  She managed the company health insurance, no small task, along with many other responsibilities. Dianne also had a pipeline to all the Happy Meal toys for her grandchildren.

In 1985 Dianne and John decided it was time for a swimming pool, so they relocated to their eventual “new home” in Simi Valley, California. Here Dianne was an active member and held many leadership roles in the Simi Valley New in Town organization. Dianne also volunteered for many organizations around Simi Valley, one of her favorites being The Simi Valley Friends of the Library.

Dianne loved to golf and play cards with her family and many friends in the Simi Valley area. One of her favorites was Barnyard Rummy with the family, which could go into the wee hours of the night. With husband John, they enjoyed many vacations; some of her favorites included Alaska, Mazatlán, Puerto Vallarta and to the beautiful California coast where they loved spending time at the ocean.

Dianne was predeceased by her stepfather Pete Pagoria in 1988, mother Helen Pagoria in 2009 and father Lawrence Wallace in 2012.

A loving daughter, wife, mother, aunt, grandmother, who touched the life of every family member in many special ways that will be long remembered and missed.

A celebration of Dianne’s 82 years of life will take place in the future for family and friends.

Share Your Memory of
Dianne
Upload Your Memory View All Memories
Be the first to upload a memory!
Share A Memory