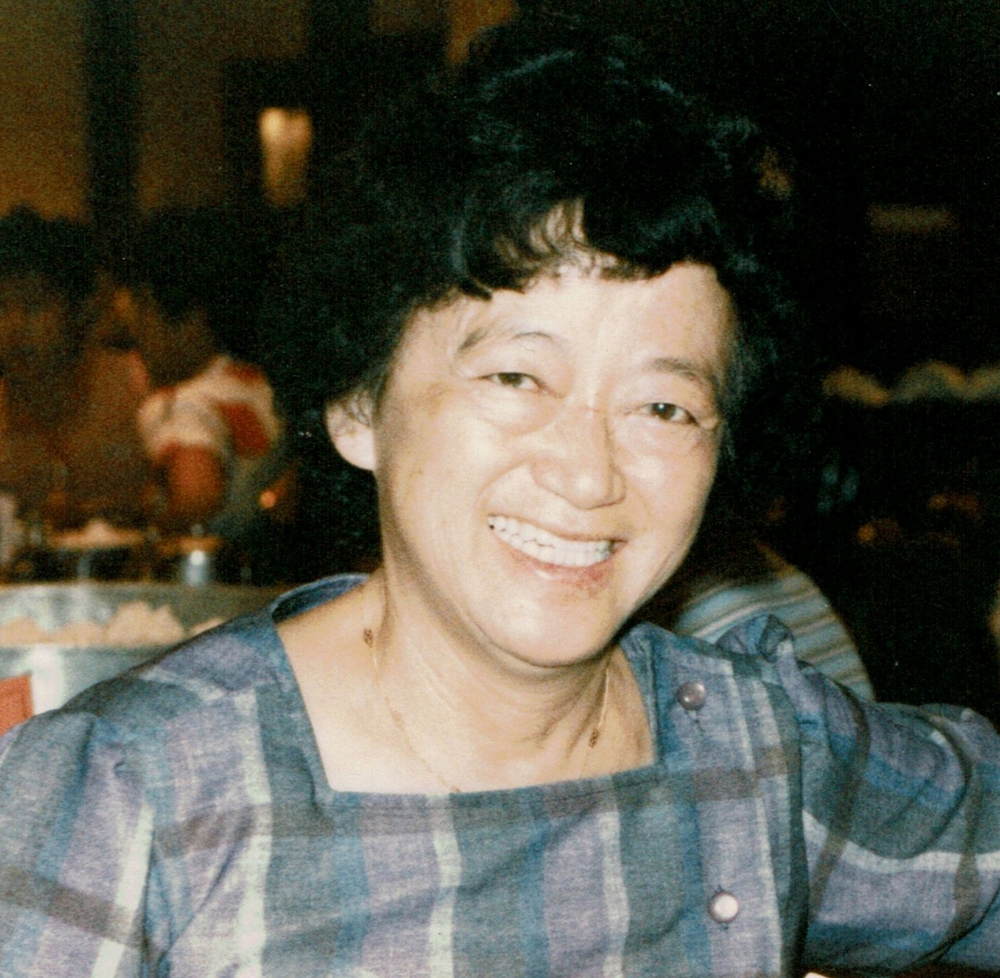 Lola Chun Ng, 97, passed away on January 4, 2022 in Simi Valley, CA.  She was born on August 1, 1924 in San Francisco, CA.  Lola grew up in the San Joaquin Valley on the family farm with her three sisters and two brothers.   She earned her bachelor’s and master’s degrees in History at UC Berkeley.  She met her future husband, John Sippy Ng, at a teachers’ conference in Fresno and they married December 18, 1949 at the University of the Pacific Chapel in Stockton.  Lola was the first Chinese American teacher hired by the Stockton Unified School District. She taught until pausing to raise her five children: Judy, Ken, Jeff, Kathy and Jennifer, all of whom graduated from college and above.  John and Lola lived in Stockton until 1965 when they moved to Riverside for John’s career. When her youngest child Jennifer entered kindergarten in 1969, Lola went back to teaching arts and crafts and science at Corona Junior High.   She retired from teaching in 1989 at Raney Junior High in Corona.

Lola was always active in her children’s lives, serving as a Sunday school teacher, Cub Scout leader, and over 20 years as a 4-H leader.  She was a leader for many projects including entomology, cooking, sewing, rabbits and dairy goats.  Lola started the Arlington Aces 4-H Club in Riverside and served as its community leader for many years, also serving in leadership positions at the county level.  She spent countless hours taking her kids to various county fairs to enter their projects and show their animals. Lola was proud of the fact that Ken, Jeff, Kathy and Jennifer all achieved the rank of Riverside County 4-H All Star.  She enjoyed gardening, flower arranging, raising dairy goats, traveling and playing slot machines. Lola was an avid sports fan and cheered for the LA Dodgers, Lakers and Kings.   She loved being a grandma, babysitting and accompanying them to various amusement parks. Lola also loved to shop and made sure there were bountiful presents under the Christmas tree every year.

Private burial will be February 1 at the Riverside National Cemetery.  In lieu of flowers, donations can be   made in memory of Lola Ng to the California 4-H Foundation, 2801 2nd Street, Davis, CA 95618, or online @ donate.ucanr.edu.

Share Your Memory of
Lola
Upload Your Memory View All Memories
Be the first to upload a memory!
Share A Memory