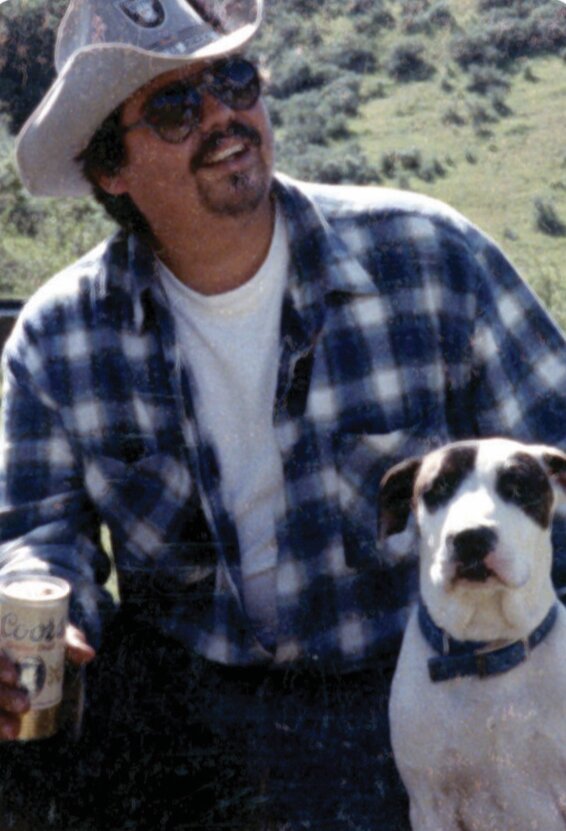 On the afternoon of March 9, 2022, our beloved son, brother, uncle, and friend, Victor Sierra, aka ‘Moe’, age 59 of Simi Valley, Ca, passed away after a year long battle with cancer.

Victor was born in Ventura, Ca on November 28, 1962, first born to Margaret and Manuel Sierra. He grew up in Simi Valley, CA and graduated from Royal High School in 1980. He went on to work for the Simi Unified School District in the grounds department as an equipment operator and finished his career as a truck driver for the entertainment business traveling to various U.S. States.

There were many things that Victor enjoyed in his life, these being a few: going on camping trips with family, going to the desert with his motorcycle club, the Lost Angels, golfing with his brothers and friends and most importantly, being a die hard fan of the Las Vegas Raiders.

He leaves behind his parents, Margaret and Manuel Sierra, his brothers Raymond (wife, Luisa) and Vincent Sierra and his nieces, Nicolle and Courtney Sierra and Cynthia Escamilla and aunts and uncles. He will always be loved and missed very much.

Share Your Memory of
Victor
Upload Your Memory View All Memories
Be the first to upload a memory!
Share A Memory