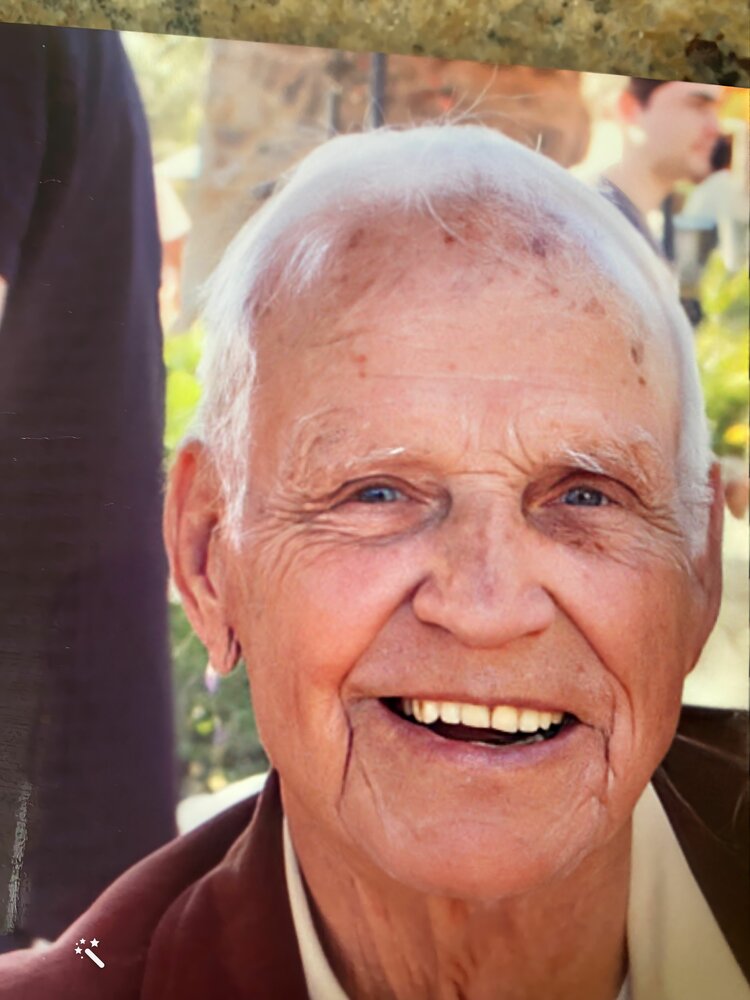 After a lengthy discussion with our heavenly father, on March 8, 2022, Tom accepted his invitation to join his wife Marie in God’s paradise.

Tom was born to Henry and Dorothy Powell on November 23, 1929 in Indianapolis, Indiana. Tom was preceded in death by his sister Nancy. Tom’s early years were in Indianapolis, Indiana, the family moved to California in the mid 1930’s where Tom continued his education and graduated from Pomona High School. Tom received great honor by being named 1st team all “CIF Lineman” in 1947. After High School Tom attended USC and then enlisted in the United States Air Force as Corporal USAF. He was stationed in Houston, Texas when he met one Marie Crosswhite at a YWCA dance doing what they both loved (dancing together). After a short courtship the California “Yankee” proposed to Marie and the two were married in Houston on January 31, 1952. After an honorable discharge in 1953 Tom continued his education and graduated from Houston University with a Business Administrative degree in 1955. It was during this time that Tom and Marie had their first child, Randy, in 1953.

Shortly after his graduation, and a move to Pomona, California, their second child, Larry, was born in 1956. In 1957 the young family moved to Simi Valley and found their niche. It was here where two more children were born, Tom in 1958 and Amy in 1960, completing the family (thanks J.O.)

Tom began his career as a teacher at Simi Valley Elementary in 1957 and then on to Simi Valley High School as the Assistant football Coach in 1960. Shortly after Tom accepted a teaching position at Sinaloa Junior High, where he worked for the next 30 years and will be remembered as always being firm, fair, and friendly (his three F’s). Throughout Tom’s teaching career, he gained a passion for working with metal, wood, and clay. Over the years, he handcrafted sculptures and various pieces of art that have been shared with family and friends.

In the early sixties Tom’s love of archery led him to join the Simi Valley archery club. On a bow hunting trip to Utah, Tom fell in love with Duck Creek, Utah. After a few years of camping and bowhunting there Tom purchased some land and built the family cabin with help from family and friends. Throughout the years many fond memories have been made and still continue today. As Tom would often say “God’s creation of this mountain is vastly majestic”.

After retiring from teaching, Tom and Marie spent many months out of the year at the cabin in Duck Creek until Marie accepted God’s invitation in 2014. At this time Tom developed another passion for writing profound poetry. His poetry reflected his love for God, family, and life. Tom began attending Grace Bible Church in Moorpark (thanks Bev) where he was welcomed with open arms and felt at home with all the love he received. Tom is survived by his children Randy-Cindee Powell (Idaho), Larry Powell-Kelly Barron (Simi Valley), Tom Powell (Utah), Amy Rapp (Simi Valley) grandchildren Allison and Sam in Idaho, Hank in Simi Valley, Jenna (Idaho), Jeffrey (Simi Valley).

In the latter part of Tom’s life, he loved to go for “drives” and spending time making special memories with family and friends. How can anyone put 92 years into

words? He touched so many lives with his selfless nature which was one of his greatest attributes. We miss him already, love you Dad.

Tom’s final wishes and prayers were for his family to love God, each other, and carry the Powell legacy in his honor.

Special thanks to his daughter, Amy, who had the honor to take care of him in his final years. Additionally, we thank all Dad’s friends and family for being a part of this wonderful journey.

Tom’s service will take place Sunday May 1, 2022 at Simi Valley Pioneer Cemetery at 1:30 pm followed by a celebration of Tom’s life at 137 Strathearn Place (Historical Park). Please bring a special memory to share. In lieu of flowers please send contributions in Tom’s name to a charity of your choice.

Assisting the family with arrangements is the family-owned and operated Rose Family Funeral Home and Cremation of Simi Valley.

Share Your Memory of
Howard
Upload Your Memory View All Memories
Be the first to upload a memory!
Share A Memory