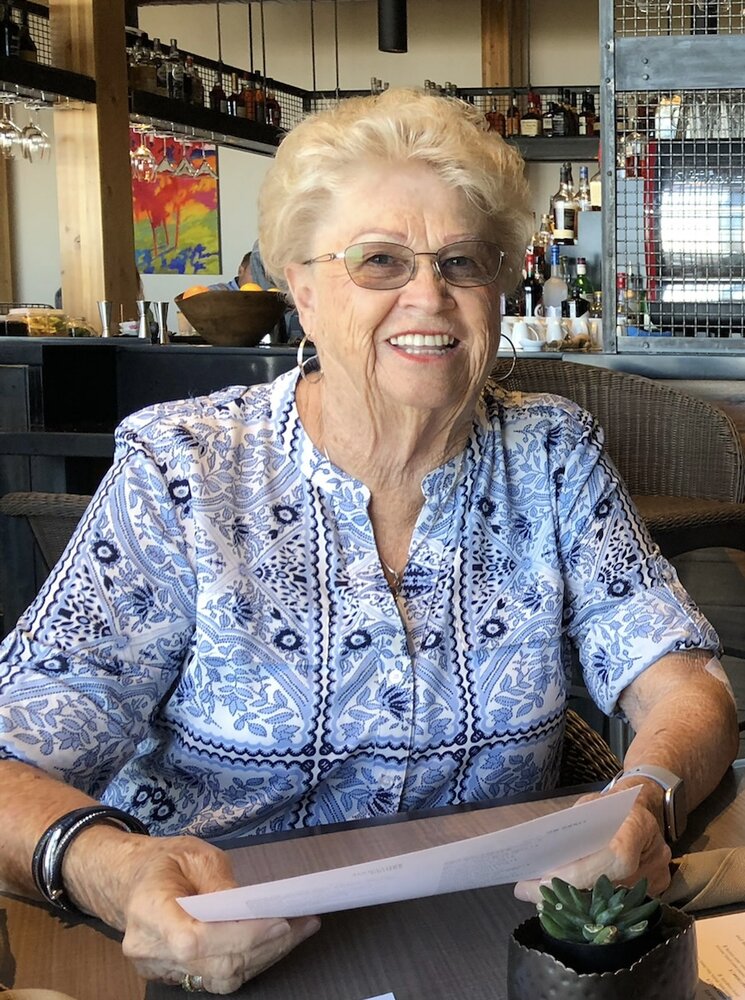 Janet, seventh of 9 children, was born in South Bend, IN to the late Lillian and James Rupert on April 3, 1943. She attended Riley Whitcomb High School and soon thereafter left for southern California to join her brothers. It was not long after this that she met the love of her life, Richard Emery Adams, whom she was married to for 60 years.

Janet enjoyed time with her beloved husband, children, grandchildren, and great-grandchildren as well as with cherished friends. One of Janet’s favorite hobbies, and one she is well known for and excelled at, was sewing. She was happiest when she was making things for others. So many wore clothes she made or were gifted one of her many quilts or stuffed animals. She volunteered her time and sewing skills to the Lake Havasu Welcome Wagon, where handmade items were sold to raise funds to welcome newcomers to Lake Havasu City.

Janet was full of life and up for anything. She was even known to zip line in Las Vegas at the age of 75 and hike New Hampshire with her daughters last summer at 78. She always enjoyed gatherings with family and friends, whether they were at her home around the swimming pool, a friends house, or the beach. Oftentimes, you could find Janet and Richard in Ventura camping in their RV along the Rincon. The beach was a very special place shared by both.

Janet is survived by her husband, Richard Adams and their 2 daughters Tammy Adams-Gewehr (Portsmouth, NH) and Lisa Rupert (Simi Valley, CA) and five grandchildren: Sabrina Mogensen, Chandler Adams, Juliana and Jasper Rupert, and River Gewehr, as well as  3 great-grandchildren; Thor, Olivia and Riley Mogensen. She is also survived by two brothers, Robert Rupert (Canyon Country, CA) and Terry Rupert and his wife, Carol, of South Bend, IN and many beloved nieces and nephews. She is preceded in death by her son Richard James Adams (2018), two grandchildren Larry and Jack and several brothers and a sister.

Share Your Memory of
Janet
Upload Your Memory View All Memories
Be the first to upload a memory!
Share A Memory