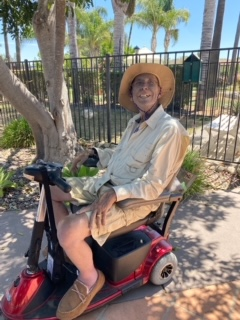 Please share a memory of Jeffrey to include in a keepsake book for family and friends.
View Tribute Book

Jeffrey Thomas Klopp, beloved husband, father, and grandfather passed away peacefully on August 31, 2022, in Simi Valley, CA. He was the husband of Linda Klopp and father of 3 daughters.

Born on January 8, 1953, in Erie Pennsylvania, he was the first son of Thomas Klopp and Myrna (Kuntz) Brown. Jeffrey graduated from Vincent Strong High School in 1971 and after a few years of soul searching, decided to relocate to the beautiful state of California, seeking sun and opportunity.

Jeffrey met his forever bride in 1976 when he became her driving instructor. They spent over 46 bliss-filled years together.  His kindness, patience, and faith-filled life were examples to all of us. He will be remembered for his love of music, singing, constant joke telling and conspiracy theories.

He was preceded in death by his sister, Rebecca S. Klopp. Jeffrey is survived by his brother, Eric C. Klopp, his sister, Gretchen E. Armes, his wife, Linda Klopp, three children, Christina Klopp, Jennifer Moore, and Michelle Johnson, and 6 grandchildren.

We are thankful for the support from the entire community. A Celebration of Life will be held on October 15th, 2022 from 1pm - 4pm at Friendly Village of Simi.

Share Your Memory of
Jeffrey
Upload Your Memory View All Memories
Be the first to upload a memory!
Share A Memory