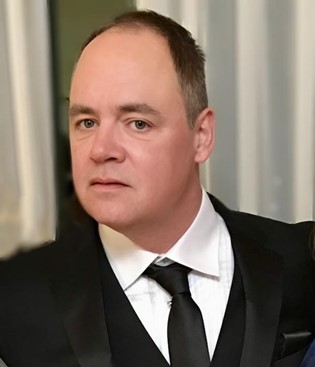 Please share a memory of Sean to include in a keepsake book for family and friends.
View Tribute Book

Sean was born in Brooklyn, New York on January 17, 1966.  He enjoyed an idyllic childhood with family and lifelong friends in Croton on Hudson, New York where he was drawn to the Croton River, the Cliffs, the local lakes, woods ponds and other neighborhood haunts.   He was always at the ready to spin a tale about each and every adventure there. His nostalgia for his hometown provided much fodder and inspiration for his writings through the years.

Sean’s intellect was complimented by his quick wit and charm.  His intuitive nature and comedic timing have prompted a collection of “Sean-isms” that will live in infamy!    Sean was extraordinarily engaging and was a gifted communicator. Professionally, for Sean the pen was as mighty as the sword and he wrote across a variety of industries including legal, business, newsroom, and his personal favorite - script writing.   Storytelling was his passion, and his love of the motion pictures and television industry drew him to Los Angeles.  Sean relished lively discussion and spirited debate. We will miss his musings and his perspectives on a variety of topics from music and pop culture to politics and history.

Sean is preceded in death by his mother, Ellen McGowan (nee Lilienthal), his father, William J. McGowan and sister, Maureen Anne McGowan.  He is survived by three sisters and four brothers:  Elly McGowan (John) Salter of Agoura, California; Laureen McGowan (Jim) Quinn of Alpharetta, Georgia; Regina McGowan of Pepperell, Massachusetts; Bill McGowan of New York City; Terrance (Sue) McGowan of Bethesda, Maryland; Kevin (Melissa) McGowan of Brooklyn, New York; and Bryan (Maya) McGowan of Portland, Oregon. He was our quirky and beloved Uncle Sean, and he affectionately referred to his many nieces and nephews as his “Sean-tourage”.  He will be missed beyond measure.

In Sean’s memory we ask that you “Seek a compassion that stands in awe of the burden that others carry, instead of in judgement of how they carry it.”

A Celebration of Life is being planned for Spring 2023 in Sean’s beloved hometown of Croton on Hudson, New York and one in Los Angeles, California which was his home for the past 20 years.

Share Your Memory of
Sean
Upload Your Memory View All Memories
Be the first to upload a memory!
Share A Memory